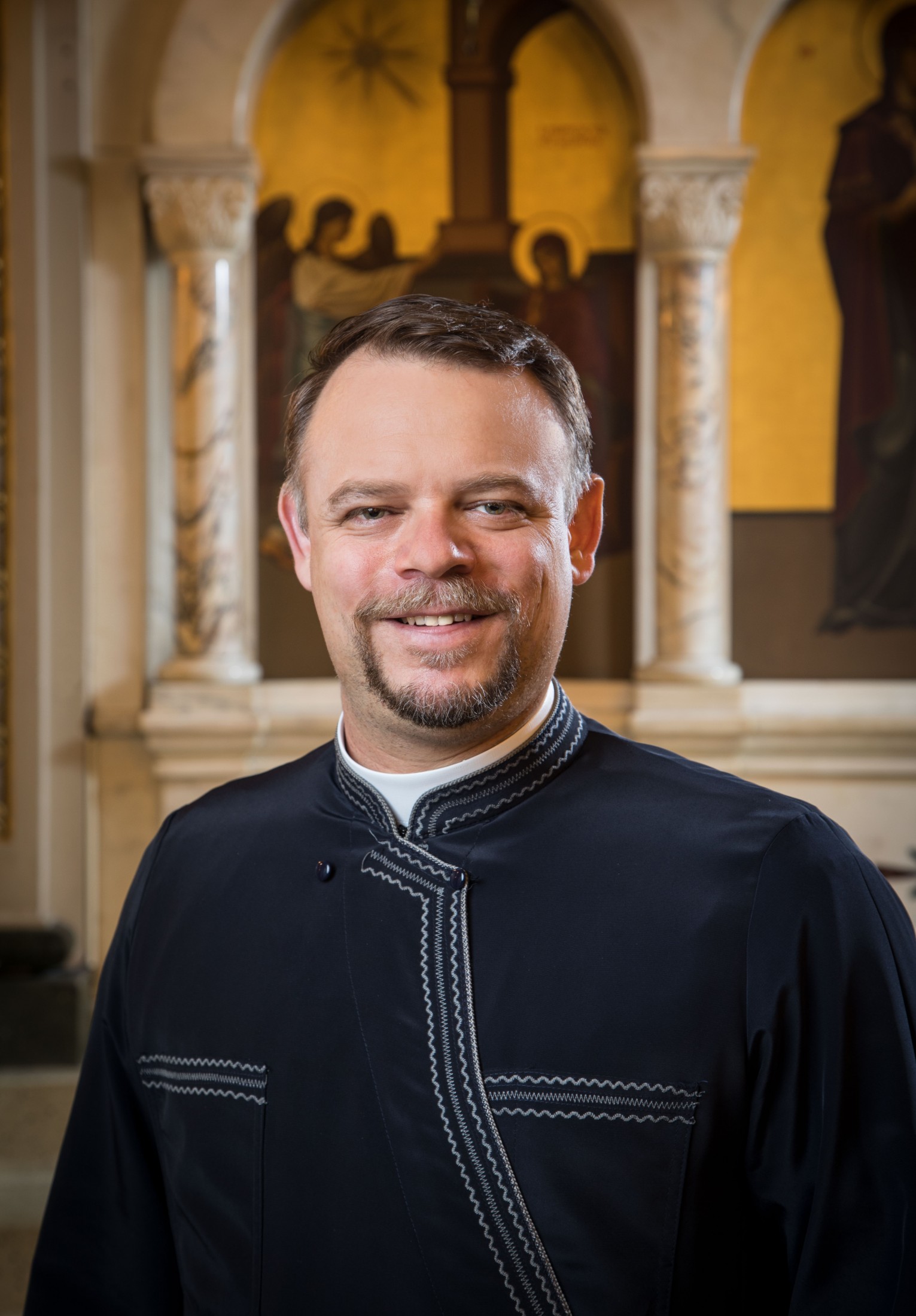 The Rev. Fr. Joseph Gingrich was born and raised in Cincinnati, Ohio. He graduated from the Greater Cincinnati Culinary Arts Academy in 1997 with honors, and did continuing education work at the Culinary Institute of America in Hyde Park, NY.

Fr. Joseph was baptized Orthodox July 11, 2001. He is a graduate of the Ecumenical Patriarchate of Constantinople’s Christ the Saviour Seminary in Johnstown, PA with honors. He was ordained a priest on September 18, 2010. Fr. Joseph completed a Certificate in Leadership Principles from Harvard Business School in 2021. He is a current graduate student at Trinity School for Ministry in Ambridge, PA.

As a layman, Fr. Joseph was blessed to live at Holy Trinity Monastery in Jordanville, NY over two years. He also resided for over a year at Holy Cross Monastery in Wayne, WV, which at the time was a dependency community of Holy Trinity Monastery. Fr. Joseph’s job, or obedience, was to serve as kitchen master in both monastic brotherhoods, drawing on his culinary education and years of experience in fine dining and catering. Throughout Fr. Joseph’s years spent in monastic life, he developed true love for the divine services of the Church. In addition, Fr. Joseph lived and learned the Holy Orthodox Faith in a master/disciple relationship going back thousands of years. Holy Trinity Monastery is known for having many saintly monastic fathers among its ranks, such as Archbishop Averky Taushev and Metropolitan Laurus Skurla. Much of Fr. Joseph’s spiritual and pastoral formation came from his monastic lived experience and the excellent care he received from the fathers at Holy Trinity and Holy Cross Monasteries.

While at Christ the Saviour Seminary, Fr. Joseph served as the traveling subdeacon to Metropolitan Nicholas Smisko. In the role of his service, Fr. Joseph was able to spend vast amounts of time with Metropolitan Nicholas and learn much from him about what it means to be a pastor and serve the faithful with love and compassion throughout the many parishes of the Ecumenical Patriarchate of Constantinople’s Carpatho-Russian Orthodox Diocese.

Fr. Joseph was gratefully received into the Greek Orthodox Archdiocese of America by His Eminence Archbishop Demetrios Trakatellis in 2015 and immediately released to His Eminence Metropolitan Nicholas Pissare of Detroit. Since Fr. Joseph’s reception into the Greek Orthodox Church of America, Metropolitan Nicholas has given Fr. Joseph countless hours of spiritual guidance and care, for which Fr. Joseph will always be grateful and truly indebted.

Fr. Joseph has served churches in the Lower East Side of Manhattan (New York), Lexington (Kentucky), Bloomfield Hills (Michigan), and Dayton (Ohio). He loves being a parish priest and considers it a great honor and privilege to offer his life to Christ and His Church in ordained ministry. 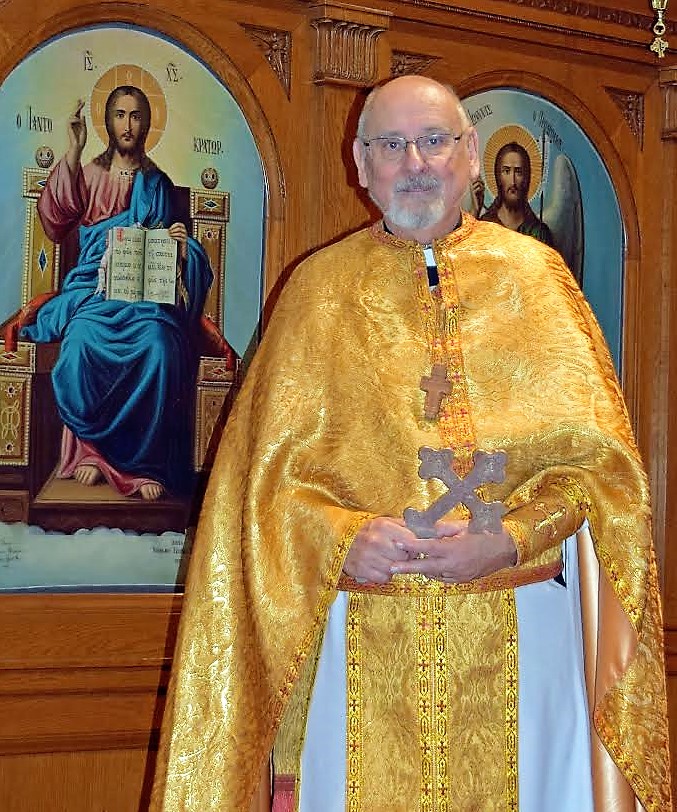 The Very Rev. Father Basil Aden is a retired archpriest of the Diocese of the Midwest [Orthodox Church of America (OCA)], now living in North Muskegon with his wife Sandra. He has served as Mission Director of the Diocese of the Midwest and as priest in charge of Christ the Savior Orthodox Church in Rockford, IL, as well as several other parishes and mission churches. He is now serving on the Stewardship Commission of the Carpatho-Russian Diocese, centered in Johnstown, PA.

Father Aden earned the degrees of Master in Theology and Doctor of Ministry from the University of Chicago Divinity School and served as a Lutheran pastor for twenty-five years before being received into the Orthodox Church in 1998. He has taught Religious Studies at Rock Valley College and authored a textbook introduction to the study of religion in the contemporary world. He continues to do research and writing on current issues of religion and society.

His wife, Sandra, is a retired librarian. They have a son, a daughter-in-law, and three grandchildren living in the Grand Rapids area, with another son living in Indianapolis. They enjoy their family, the outdoors, reading, and trips, especially to Arizona in the winter.